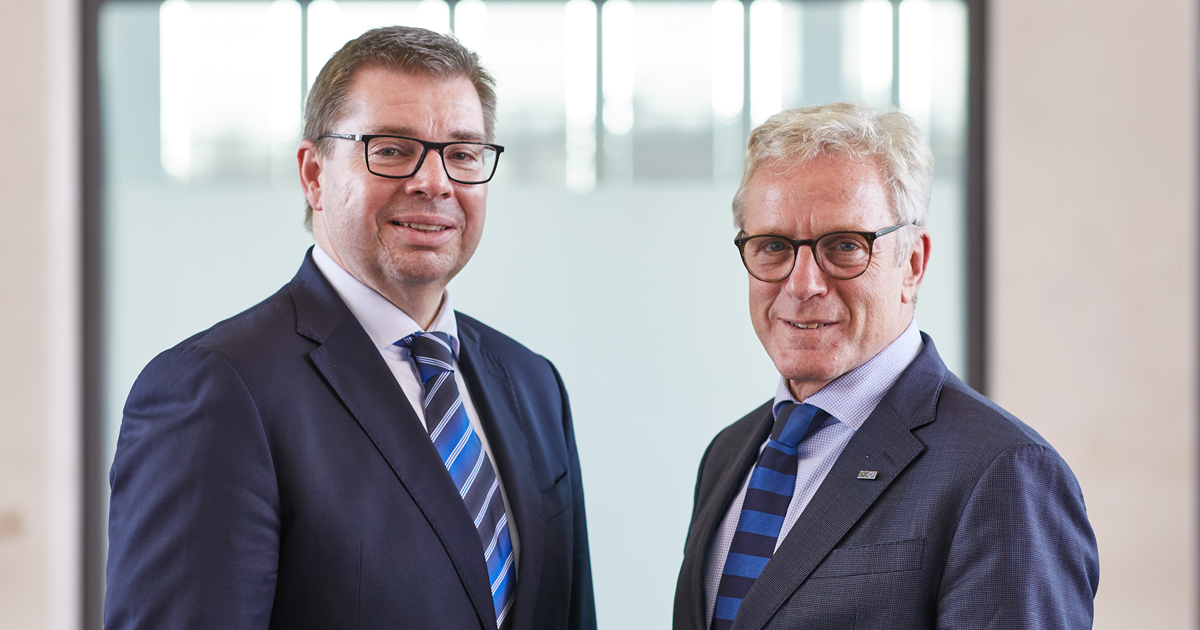 The German Society for Orthopaedics and Trauma (DGOU) has confirmed its current leadership will continue in their roles for a further year. Prof. Dr. Dieter C. Wirtz, the President of the DGOU, will continue in his role in 2021. He is the director of the Orthopaedics and Traumatology Clinic at the University Hospital of Bonn. The role of deputy DGOU president will continue to be occupied by Prof. Dr. Michael J. Raschke, director of the department for Trauma, Hand and Reconstructive Surgery at the University Hospital of Muenster. Prof. Dr. Dietmar Pennig, senior physician of the department for Trauma and Reconstructive Surgery, Hand Surgery and Orthopaedics at the St. Vinzenz Hospital (Academic Teaching Hospital of the University of Cologne), will continue in his role of Secretary-General another year. Prof. Dr. Bernd Kladny, senior physician of the Orthopaedic Department of the Herzogenaurach Specialist Hospital will again act as the Deputy Secretary-General.

Dieter C. Wirtz (53) studied medicine from 1986 to 1992 and received a doctorate in 1993 from the Medical Faculty of the RWTH Aachen. In 2001, Wirtz pursued his habilitation at the same faculty in the field of Orthopaedics. In 2006, he was appointed Chair of Trauma/Orthopaedic Surgery at the University of Bonn, in his capacity of professor. In the same year, he became director of the Orthopaedics and Traumatology Clinic; from 2008, he was appointed executive director of the Surgical Centre of the University of Bonn. Since 2016, Wirtz has been a presidium member at the AE – Deutsche Gesellschaft für Endoprothetik [German Endoprosthetics Society] and a national delegate of the German Society for Orthopaedics and Trauma (DGOU) in the European Federation of National Associations of Orthopaedics and Traumatology (EFORT). Over the course of his career, Wirtz has received numerous awards, prizes and scholarships in the medical field, and has held high-level positions in different scientific associations.

Michael J. Raschke (61) studied medicine at Johannes Gutenberg University in Mainz from 1979 to 1985. He received his doctorate in 1987 from the Medical University of Luebeck. In 1997, he completed his habilitation in the specialist field of surgery. From 1999 to 2003, he worked as part of the permanent delegation of the hospital's management in his capacity of assistant medical director until his appointment as honorary professor at the Medical Faculty of the Humboldt University, Berlin (Charité Campus, Virchow Hospital). Since 2003, Raschke is the director of the Department of Trauma, Hand and Reconstructive Surgery at the Westphalian Wilhelm University in Muenster. From 2003 to 2010, he was head of the "Alterstraumatologie" (Geriatric Traumatology) working group of the German Trauma Society. In 2012, he became a member of the board of the DKG - Deutsche Kniegesellschaft e.V. (German Knee Society). From 2013 to 2018, he was President of AOTrauma Germany. Raschke is a member of many scientific associations, as well as author and editor for important medical publications.

The work of the two presidents of the German Society for Orthopaedics and Trauma, Prof. Dr. Wirtz and Prof. Dr. Raschke is supported by the executive board and the board as well as 20 other committees.

Online abstract submissions to the DKOU